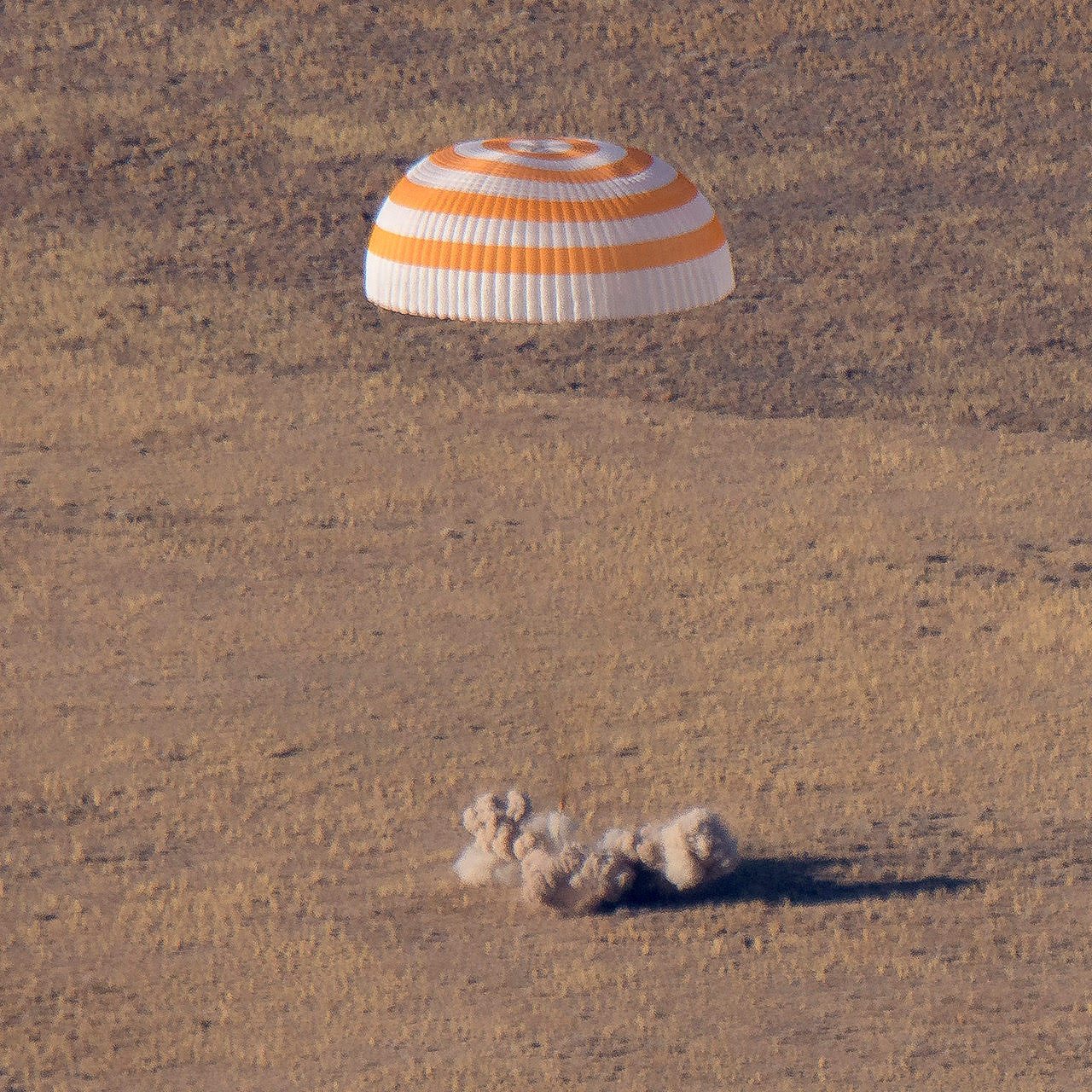 The first Emirati astronaut has returned to Earth after an eight day mission to the International Space Station, landing with Russian and American crewmates were were in orbit for seven months.

Hazzaa AlMansoori of the United Arab Emirates’ (UAE) Mohammed bin Rashid Space Centre (MBRSC) touched down with Aleksey Ovchinin of Roscosmos and Nick Hague of NASA aboard Russia’s Soyuz MS-12 spacecraft. Descending under a parachute and slowed by braking thrusters, the capsule landed on the steppe of Kazakhstan, near the town of Dzhezkazgan, at 6:59 a.m. EDT (1059 GMT or 4:59 p.m. local time) on Thursday (Oct. 3).

Met by Russian recovery forces and members of their respective space agencies, Ovchinin, Hague and AlMansoori were helped out of their spacecraft and given brief medical exams as they began adjusting to being back on Earth. The three appeared to be in good health, smiling and talking to family members by phone.

According to satellite monitoring from Munich’s Technical University, a third of Germany’s woodlands are now in a very poor state. Hot, dry weather is the chief culprit, as

Strong climate change policy is a vote-changing matter for a majority of Australians, a new poll shows, establishing the issue as an important battleground one week into the election campaign.